There will be unlimited entries from each Centre but only the top five points tally will be taken into account for the overall trophy.

The competition is open to the U11 to U17 age groups.

1. Athletes in the Under 14 and Under 15 age groups who win a medal will be eligible to be a member of the International State Team in the following July.

Note: This does not mean that the medal winner will compete in all seven events at the International Meet as events are prioritised to individual state championship medallists.

2. All Under 15 athletes who wish to be considered for the State U15 Multi Event Team competing at the Australian Little Athletics Championships (ALACs) in April each year must nominate by

5pm on the Friday prior to the State Combined Event Championships. The top three highest placed athletes that have nominated for selection will be offered a place in the WA State Team.

final team position will remain subject to fitness prior to final team arrangements. All other Combined Event athletes who nominated for the State Team will remain as reserves for team

Congratulations to all of our Belmont athletes who competed at Zones. You represented the Centre both proudly and respectfully. 🙂 For those of you who qualified for States, well done.

The State Relay Championships will be held on Saturday December 2nd. . The Belmont Centre wishes all of our relay teams the very best in their endeavours. We know you 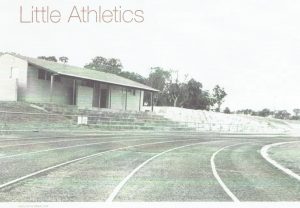